The Jury of the International Classical Music Awards announced the Awards for 2021. Tartini: Violin Concertos got the ICMA prize in the category Baroque Instrumental.

“Being a versatile musician, Chouchane Siranossian has achieved considerable success both in the standard classical repertoire and baroque music. This Tartini CD is a wonderful proof of both Siranossian’s distinguished artistry

and Tartini’s great but still underrated music for violin and orchestra. With her trademark virtuosity, Siranossian excels in the outer movements of all the concertos on the recording and equally fills the inner movements with immense lyricism. Chouchane Siranossian’s playing is characterized by great naturalness – a quality that has become very rare among modern baroque violinists – without ever degenerating into casualness…” 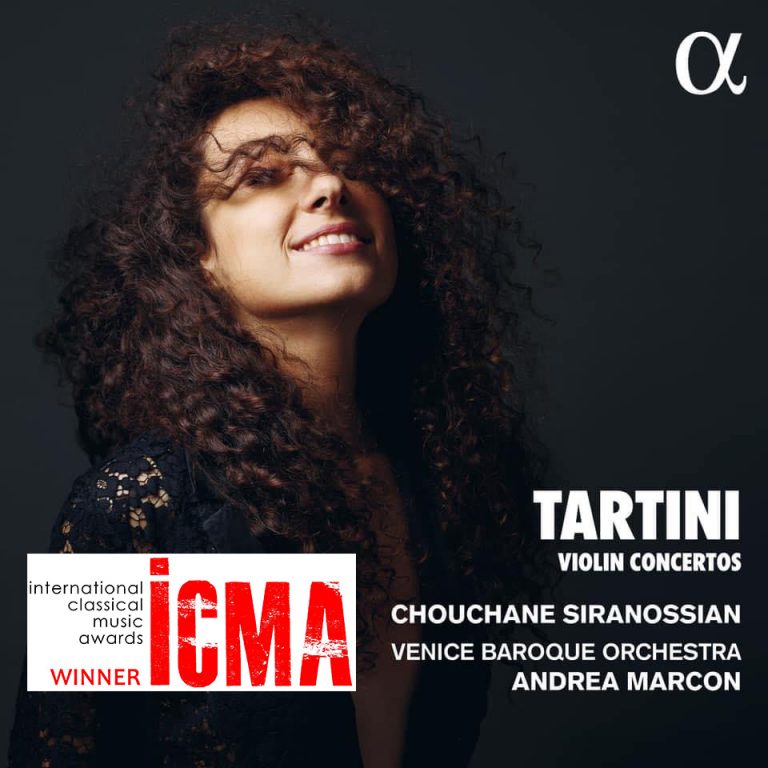